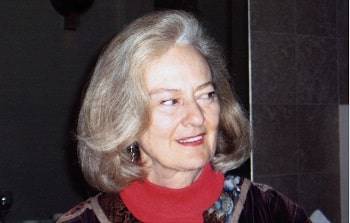 The Mary Judith Dunbar Excellence in the Service of Justice Fund celebrates the lives of those who have been committed to the long struggles for social justice in the U.S. and in the world. Mary Judith Dunbar embodied the spirit of transformation and change in the U.S. in the 1970s, during a time when she was a pioneer in women and gender studies, and she participated in the anti-imperialist struggles of the 1980s, especially involving Central America.

Judy began her full-time appointment in the English Department at Santa Clara University in the Fall of 1978, especially in the field of Shakespeare, exploring ethical and religious issues at the core of the plays, issues often intertwined with problems of gender and power. With her deep interdisciplinary concerns involving religion and literature, she also developed courses focussed on contemporary women poets whose work explores spirituality and justice, including poets active in political concerns.

She brought to SCU her years of full-time teaching for the University of London Institute of Education, plus prior years as a Fulbright Scholar at the University of Bristol and of graduate work in English and Humanities at Stanford University, where in 1976 she earned her doctorate. While at Santa Clara University, she published a book on Shakespeare’s The Winter’s Tale, a book that combines a feminist and performance studies approach to this play that moves beyond tragedy to hope of renewal.

Judy was a close friend of Denise Levertov from the time she met her in 1981 until the time of Levertov’s death in 1997. After the murder of the eight martyrs of El Salvador (six Jesuits, their housekeeper and her daughter), Judy arranged for Denise Levertov to present a reading of her poetic oratorio, “El Salvador: Requiem and Invocation,” in the Mission Church at Santa Clara University, as part of the University’s “Voice of the Voiceless: Institute on Human Rights and Social Justice,” in February 13, 1990. Her commitment to Latin America and Ethnic Studies had started early. She had previously published “For César Chávez: Viva la Huelga!” in the Farm Worker’s Twentieth Anniversary Solidarity Book, 1962-1982.

Her teaching and scholarship reflected her insightful, ground-breaking interdisciplinary approach to complex issues, and also her commitment to social justice. She won an Excellence in Teaching Award from Phi Beta Kappa, Northern California Association, in 2012, and she was honored for outstanding scholarly achievement, College of Arts and Sciences, at Santa Clara University in the Fall, 2010. Her life reflected indeed the title of the essay she wrote for the book, The Future of Prophetic Christianity: Essays in Honor of Robert McAfee Brown, “Excellence in the Service of Justice and Compassion.

Her mentorship, wisdom and counsel were important contributions to those of us interested in the issues related to social justice, spirituality, and engagement with the suffering of the poor.