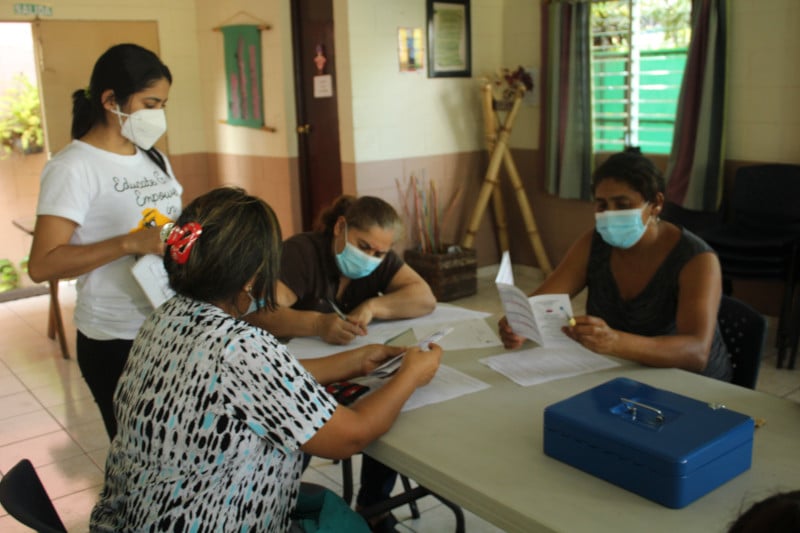 In the Women’s Empowerment Project (WEP), the entrepreneurs have learned to understand that unforeseen situations can happen at any time, so they have learned to better plan their family finances by making use of all the knowledge they have acquired in the economic empowerment workshops. We know that the situation in which they live is […] 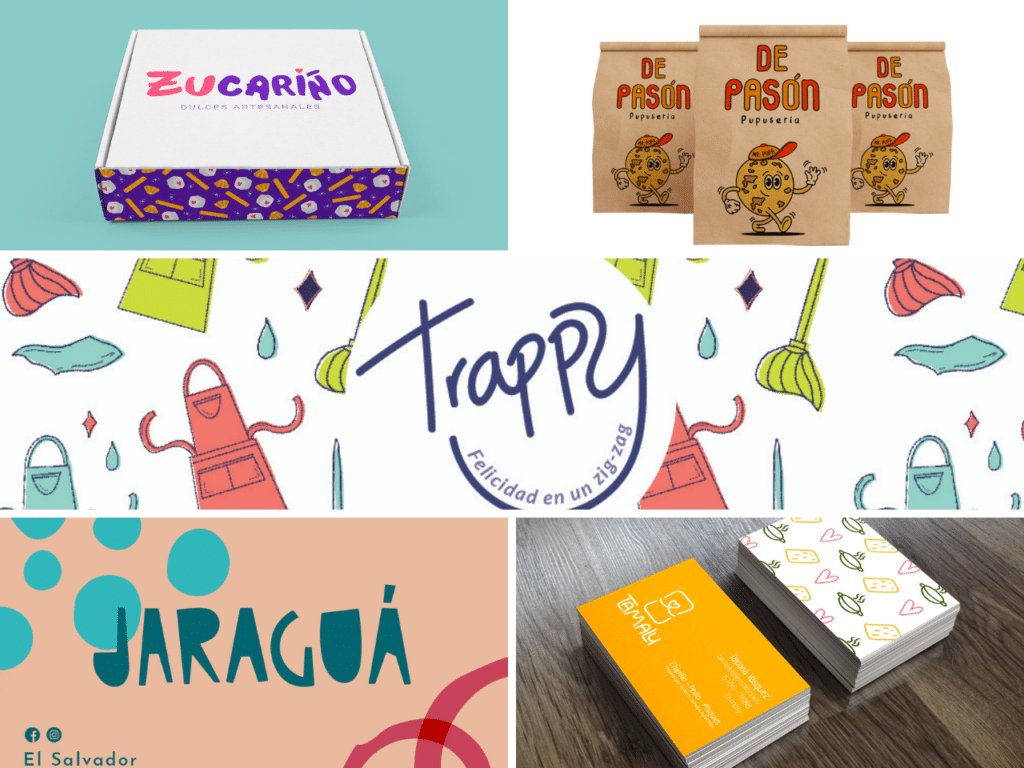 Throughout 2020, strategic design students from the Monica Herrera School of Communication (ECMH), supported entrepreneurs from Programa Velasco’s (PV) Women’s Empowerment Project (WEP) by working together to create and improve the branding of their businesses. As part of a class project at ECMH, 30 students were divided into groups of three and partnered with participants […]

Reality for Salvadoran Women: Lack of water, on top of 16 hr shift of household management 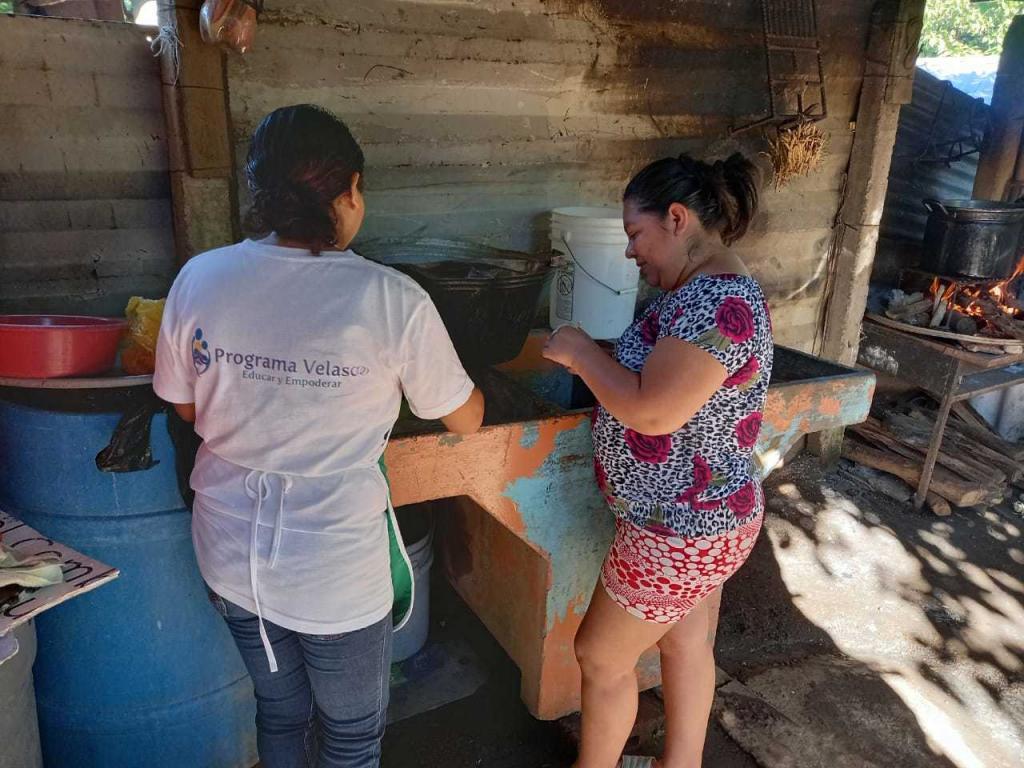 Can you imagine dedicating 16 hours a day to working around the house? It seems like an exaggeration, but if a day has 24 hours, and 16 are dedicated to housework, that leaves 8 hours, the recommended time to sleep and rest so that one can pick up the same routine the following day. In […]

In March 2021, to commemorate International Women’s Day, Sister Peggy O’Neill, director of Centro Arte para la Paz (Center of Arts for Peace) shared how she has seen the reality for women evolve over the last 37 years in El Salvador. Danielle Mackey, a journalist reporting on issues in Central America interviewed Sister Peggy.

As mentioned in our previous articles within this series, it is common that women in El Salvador are expected to do unpaid work and/or remain at home. According to society, this is the most important role women fulfill. On the other hand, men are seen as the head of the household and the one who […]

PV Challenges: “Woman, you look prettier with your mouth shut” 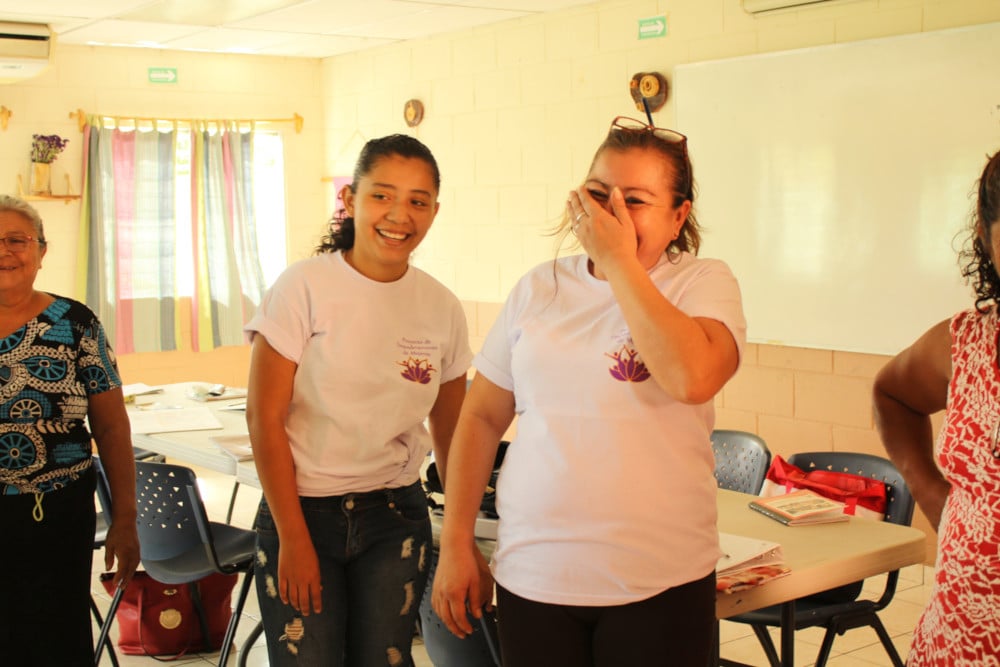 Calladita te ves más bonita. You look prettier with your mouth shut. How many are familiar with this phrase? Here in El Salvador this phrase is commonly heard among women’s groups as a subtle reminder of two things:  1) Women should aspire toward being “physically beautiful.” Keeping opinions to yourself is one of the ways […]

PV Challenges: “Decisions are made by the man of the house. Women must keep their opinions to themselves” 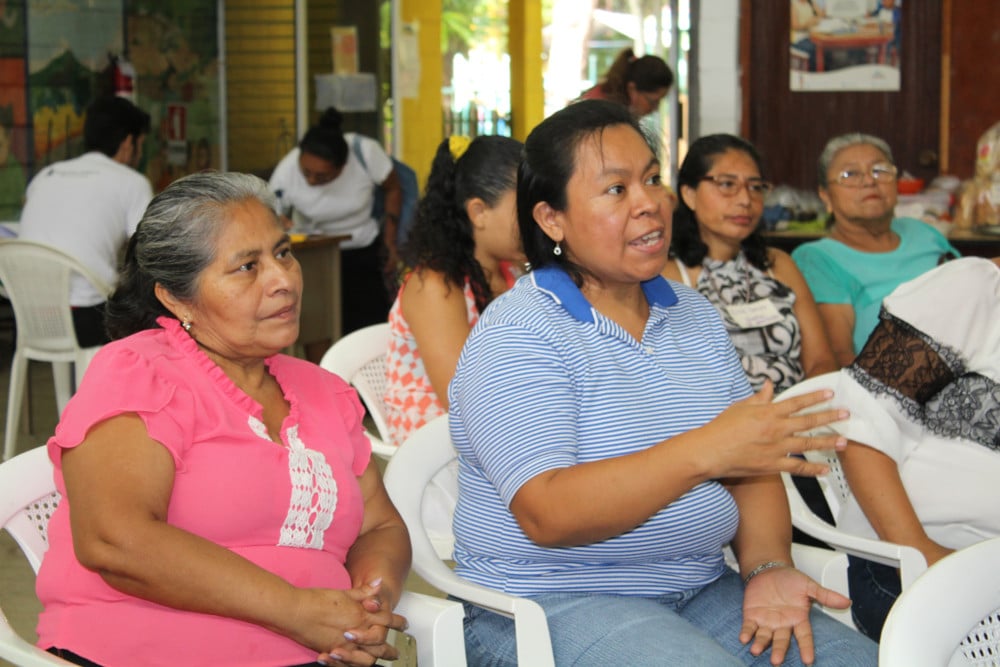 In 2018, Marina Subirats, an expert in feminism, coeducation, and education for equality, gave her opinion on the book “Emilio” by Jean-Jacques Rousseau, considered a benchmark in education. The philosopher highlights the importance of reinforcing children’s freedom and self-confidence. However, in one chapter, in particular, Rousseau mentions that girls specifically must be contradicted to prevent […]

PV challenges: “Women should stay home cleaning and taking care of their children” 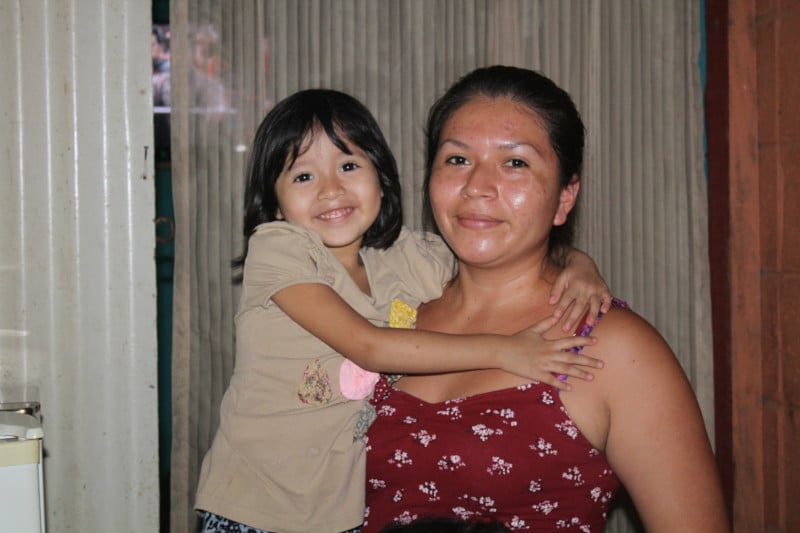 Much is said about how equality between men and women is growing. Despite some achievements, something that has not yet changed in El Salvador is that women are expected to stay at home, run their household and  care for their children without having another option. But are people aware that women have other options? In […] 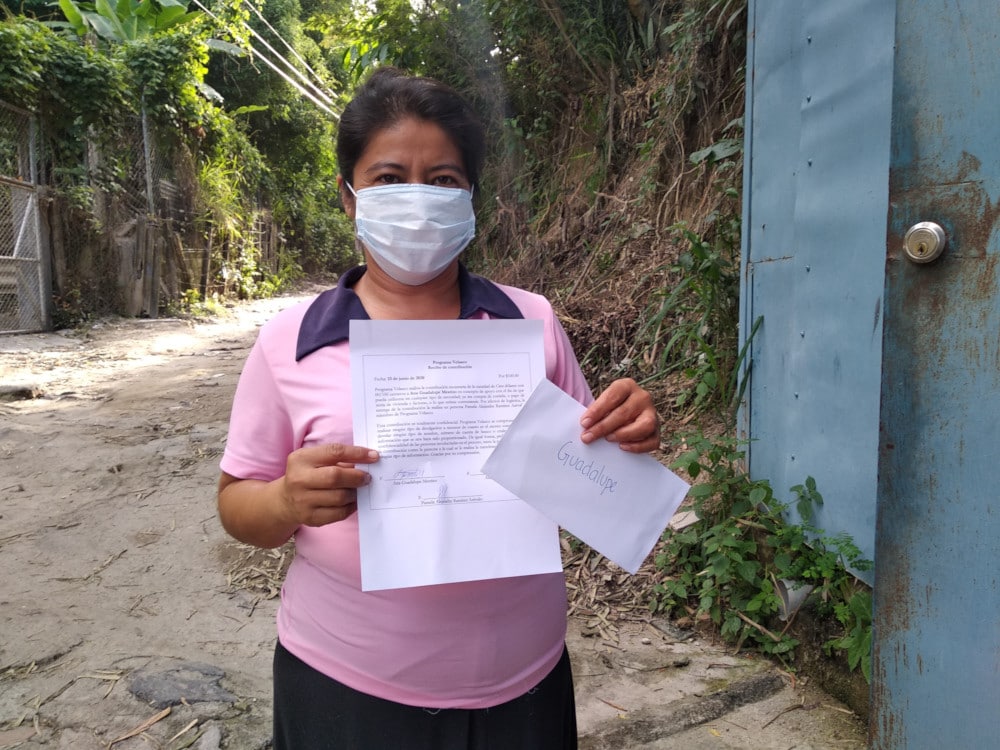 Solidarity and trust are the values that donors who contributed to the COVID Relief and Recovery Fund for Family showed us last April. Through this campaign, we raised $28,030.99, to exclusively alleviate the most pressing needs that our participants are experiencing due to the COVID-19 crisis.  For most families, their main source of income comes […]

Challenges of remote learning: the experiences of entrepreneurs as caregivers and teachers 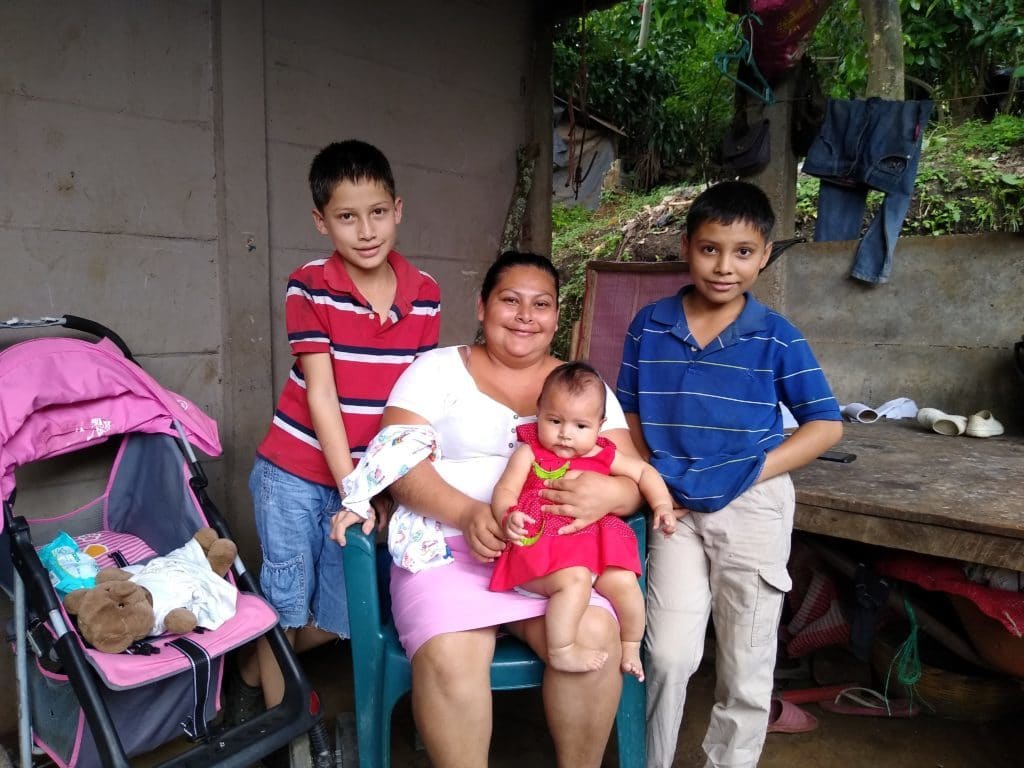 Remote learning was the response after classes in public and private schools were suspended due to the COVID-19 crisis back in March. Entrepreneurs with children did not feel comfortable leaving them at home during this time but they were also worried about how or how much their children will learn from home. As of August, […]